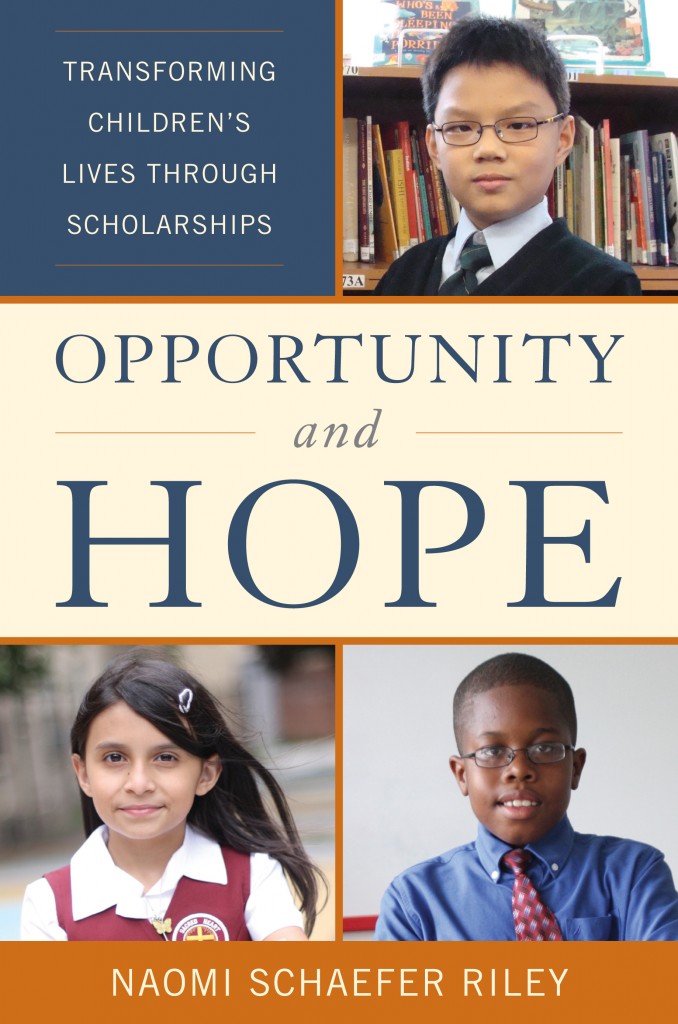 Rowman & Littlefield recently released Opportunity and Hope: Transforming Children’s Lives through Scholarships by prominent author Naomi Schaefer Riley. In her book, Ms. Riley profiles ten young men and women from across America whose lives have been improved through scholarships, allowing them to attend private schools which otherwise would have been beyond their means. These young adults are living proof of what is possible when families are empowered to choose an education that best serves their children’s needs.

The scholarship alumni profiled in the book are representative of thousands of others, including those who have received one of the 7,000 scholarships awarded by CSFB to children in Baltimore since our founding in 1998.

“This book reminds us that education reform is about much more than the debates that often make the headlines. Like the children profiled in this book, all children deserve a chance to reach their full potential,” said Darla Romfo, President of the Children’s Scholarship Fund, a national organization which partners with CSFB to fund scholarships here in Baltimore. “Until every American child has access to a school that helps them achieve this, scholarships will fill a critical gap.”

“Naomi Schaefer Riley has an ear for stories that make a difference. The accounts of the young people profiled in the book are inspirational and instructive: a little help can go a long way in transforming the prospects for students who are trapped in schools that don’t work, ” said Mike McCurry, Chairman of Children’s Scholarship Fund and former White House Press Secretary. 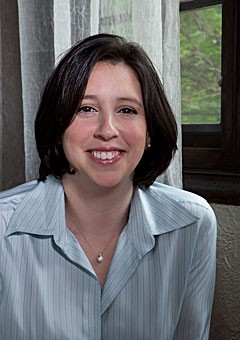 About the author: Naomi Schaefer Riley is a weekly columnist for the New York Post and a former Wall Street Journal editor. Her book, ‘Til Faith Do Us Part: How Interfaith Marriage is Transforming America (Oxford, 2013), was named an editor’s pick by the New York Times Book Review. She is also the author of God on the Quad: How Religious Colleges and the Missionary Generation Are Changing America and The Faculty Lounges … And Other Reasons Why You Won’t Get the College Education You Pay For. Her writing has appeared in the New York Times, the Boston Globe, the Los Angeles Times, and the Washington Post, among other publications. Find out more about Naomi at www.naomiriley.com.

You can purchase Opportunity and Hope: Transforming Children’s Lives through Scholarships on Amazon.