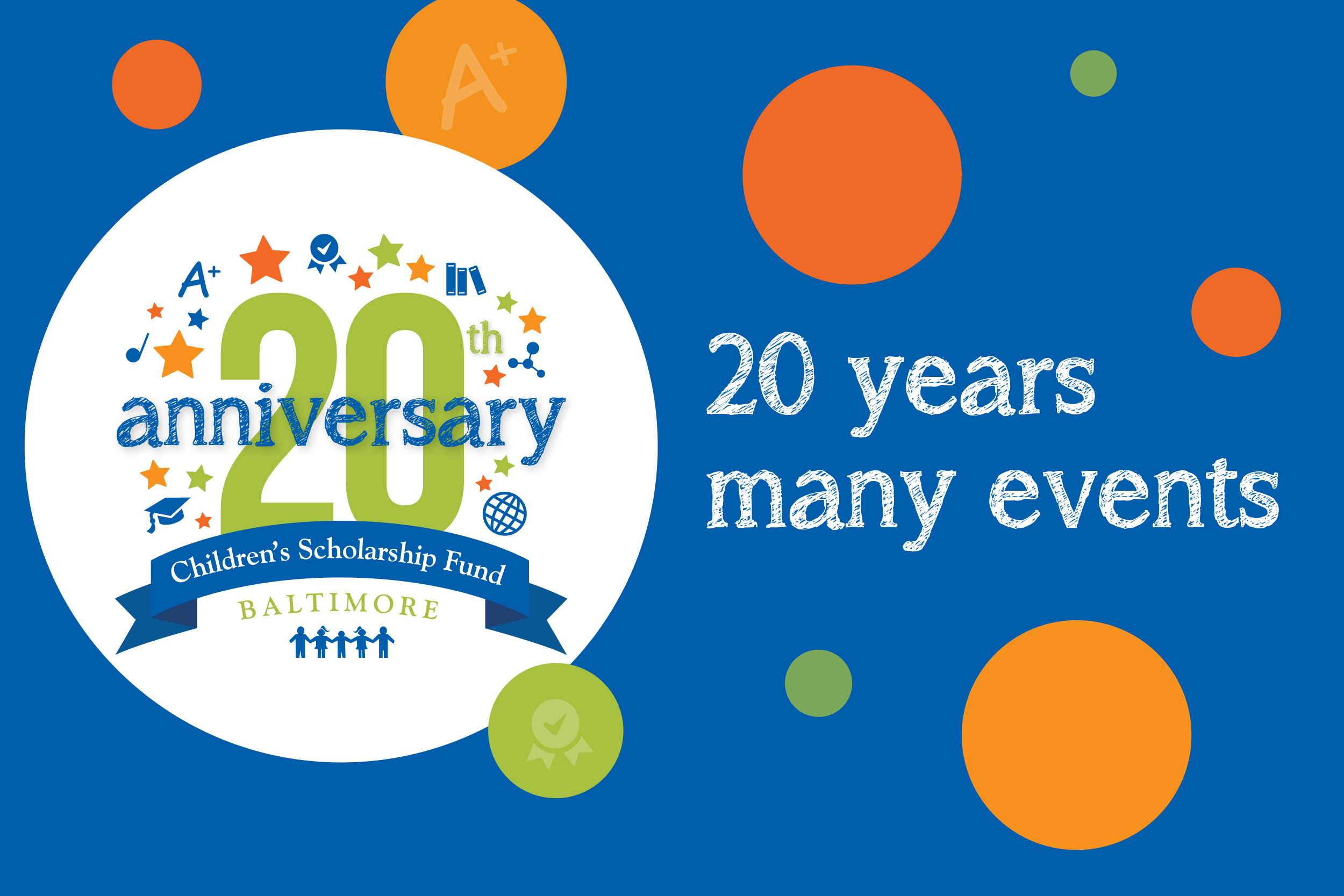 We are having so much fun celebrating Children’s Scholarship Fund Baltimore’s 20th anniversary! As we celebrate, we’ve been reminiscing on some of CSFB’s favorite fundraisers and events from the past 20 years. Each event was done to engage the different members of our organization – scholars, parents and donors alike! Here are some of the most memorable to us.

In 2010 and 2011, CSFB held Scavenger Hunt Races that took teams to different locations in Baltimore City! Registration costs went directly to support CSFB. Beginning and ending at the Waterfront Hotel & Bar in Fells Point, each team was made up of four people that received 10 clues leading to 10 site locations. The fastest team to find all, or most, sites won cash prizes.

The photo below is of the winning team from 2011, who actually donated their cash prize back to CSFB!

In 2015, CSFB hosted a benefit fashion show called Stylin’ Studies at Red Maple. Local Baltimore boutiques Star Won (now closed) and Christopher Schafer Clothier styled models, volunteers and CSFB trustees to walk down the runway! Flaunt on the Avenue and EmmeY Makeup Artistry styled hair and makeup for the models, as well. Michael Stavrinos Photography took photos of the fabulous looks, which are still available to view and purchase! We had such a fun time at this incredibly successful event by raising $5,600.

And recently, CSFB held its Fund the Future event at the Baltimore Country Club. Fund the Future was a three-year campaign, launched in 2016, aimed to raise $1 million. The campaign was designed to help to better forecast the number of available scholarships and take new families off of our waiting list sooner, giving families more time to select the school of their choice and secure the remaining funding needed for tuition. During the event in 2018, we received a $20,000 donation for matching gifts made through the end of the campaign! This helped us reach our ambitious one million dollar goal in two years, instead of three.

We loved doing all of these events…after all, meeting the scholars, parents, longtime (and new) donors and supporters is one of the best parts of our jobs! We’re looking forward to hosting many more over the next 20 years! Learn more about CSFB’s favorite fundraisers and events by following us on social media. And don’t forget to follow hashtags #CSFBis20 and #CelebrateCSFB to see more of our 20th-year celebrations!