School Choice: An Escape from Bullying 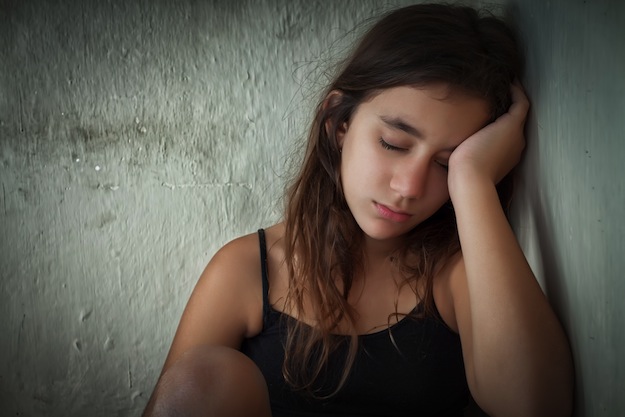 Bullying in schools is nothing new. However, the medium is changing. The internet, social media and indirect access to children has created a new dimension to bullying. As children receive cell phones, tablets and other devices connecting them to their peers at an earlier and earlier age, cyber bullying is becoming more prevalent.

Just as the medium changes, so does the outcome. Sherry Turkle, founder of the MIT Initiative on Technology and Self notes,

As Turkle notes, bullying through technology does not present the same immediate repercussions or inhibitions that face-to-face bullying does. Because of this dangerous new landscape, finding effective solutions and response to the issue of bullying must change as well.

For many, the answer to bullying in schools includes teacher or administrator intervention through zero tolerance policies, restorative justice policies and anti-bullying campaigns. But what happens when these systems which are put in place to protect our children fail or when, due to the private nature of this new form of bullying, we don’t even find out it is going on?

Zero-Tolerance
Instead of allowing administrators to pass judgement on a case-by-case basis, zero-tolerance policies make sense and are clear. However, a story from the Huffington Post illustrates a negative aspect of zero-tolerance.

“In April of this year, a 9-year-old boy named Nathan Pemberton was suspended from his elementary school due to a bullying incident, but he was not the bully.

Instead, Nathan decided after weeks of being bullied that he was going to fight back. After a kid kicked him in the back and punched him in the face, Nathan punched his aggressor.

Due to an illogical zero-tolerance policy, the school suspended Nathan for becoming involved in the physical altercation (Huffington Post).”

According to the National Education Association, “In bullying incidences, research shows that zero tolerance policies don’t work…In fact, some evidence based on non-experimental studies suggests that these policies actually may have an adverse effect on student academic and behavioral outcomes.” Clearly, this one-size-fits-all response is not effective and a different approach is required.

Restorative Justice
As an alternative to the zero-tolerance, the restorative justice movement focuses on mediation between students and anticipating problems and violence by, “forging closer, franker relationships among students, teachers and administrators (nytimes).” Contrary to zero-tolerance (where students are often punished unjustly), restorative justice is less about punishment and more about conflict resolution, seeking to create a sense of emotional empathy between the two parities.

While some studies tout favorable outcomes as a result of restorative justice, some ask, “what about immediate safety concerns?” While we explore this alternative method, officials need to keep in mind that our children’s safety should trump all.

Anti-bullying Campaigns
There have been countless anti-bullying campaigns and public speakers tell stories of children who were failed by the system. Playing on emotions, bullying statistics are spread in hopes that perpetrators and victims alike will pay attention.

School Choice: A Parent’s Right
Going to school should be an enjoyable experience for all children. If your child feels unsafe, it should be unacceptable. Many times, the system fails and parents should have the right to take matters into their own hands.

An editorial about bullying and school choice points out, “these heartbreaking, maddening bullying incidents show some parents need options year-round, on a moment’s notice. No child should be stuck in a lousy school, and no child should be forced to endure bullying — or a school system’s failure to respond to it (reviewjournal.com).”

As a parent, you can’t always be there when your child is facing a problem. However, what you can do is remove them from the situation, especially a situation that has been on-going, without resolution. When school policies, teachers, administrators and anti bullying campaigns fail, a parent should have the choice to move their child out of the situation. While that can seem like paying the ransom without solving the larger problem, sacrificing a child’s happiness and well-being just isn’t an option. For some situations, school choice is the only answer.